Roger Stone: ‘Neo-McCarthyism’ to blame for claims of Russian collusion 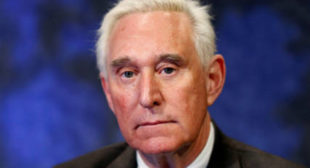 Roger Stone has demanded a public apology from leading Democratic members of Congress, accusing his rivals of conducting a “witch-hunt” against him ahead of his appearance before the House Intelligence Committee.

In a statement he plans to deliver Tuesday, the former adviser to US President Donald Trump accused Committee members of “neo-McCarthyism” for alleging collusion between the Trump campaign and the Russian state.