“Refusing to kill their own”: Over 40 Ukrainian soldiers flee to Russia 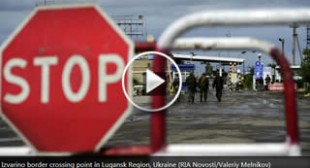 More than 40 Ukrainian soldiers have abandoned their military posts and crossed into Russian territory, stating that they refuse to fight against their own people, a Russian Federal Security Service spokesperson said.

At least 41 Ukrainian soldiers have made it to Russian territory after asking self-defense forces for help, the spokesperson from the Federal Security Service’s Rostov region border patrol unit, Vasily Malaev, told Itar-Tass.