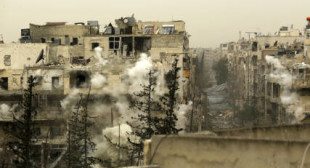 Russian President Vladimir Putin has held phone talks on the ceasefire plan brokered by Moscow and Washington with the Syrian president and Saudi king, as well the leaders of Israel and Iran.

Vladimir Putin and Bashar Assad held a phone conversation on Wednesday and “discussed various aspects of the Syrian crisis in the light of realization of the Russian-American declaration on cessation of hostilities in Syria beginning February 27,” the Kremlin’s press service said in a statement.