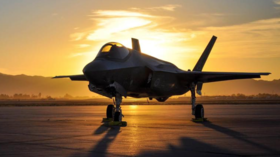 Turkey’s planned deployment of Russian S-400 missile defense systems would be “devastating” for the F-35 program to which Ankara has contributed over $1 billion, the Pentagon has warned. “Completion of this transaction would be devastating, not only to the F-35 program, on which the West has placed its modernized integrated air capability, but it would potentially rupture Turkish interoperability with NATO, a key aspect of the defense of the alliance,” said Kathryn Wheelbarger, acting assistant secretary of defense for international security affairs.