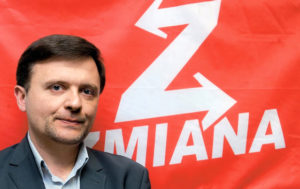 As the U.S. government ratchets up a new Cold War, Poland is taking hostility toward Russia to the next level, inviting in U.S. military bases and arresting an anti-NATO politician on vague “espionage” charges, writes Gilbert Doctorow.

Since Poland’s right-wing Law and Justice Party returned to power last fall, the new government has been cracking down on independent media, reshaping the judiciary, and escalating its anti-Russian (and Euroskeptic) rhetoric.