Over half of Russian women open to romance with foreigners, poll finds 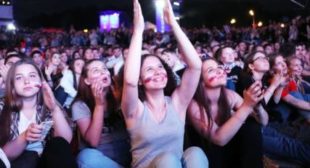 Over a half of Russian women under 35 claim they would have romantic relations with a foreigner but almost 70 percent of them name “the ability to leave Russia” as the most attractive part of such affairs, a new poll has found. 57 percent of respondents said they are currently ready for an affair with a foreigner. The proportion is even higher for the age group between 18 and 23 years – 78 percent, according to the poll by the Zoom marketing agency after World Cup 2018.