No Pressure: Why the EU is Fine With Ukraine Violating the Minsk Agreements 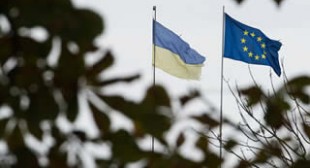 The European Union follows the United States when it comes to foreign policy, and isn’t using any pressure to make Ukraine implement the terms of the Minsk Agreements despite its claims, a political analyst told RIA Novosti.

The European Union isn’t using its influence on Kiev when it comes implementing the Minsk Agreement to resolve the conflict in the south-east of the country, the deputy director of the Center for Ukrainian and Belarusian Studies at Moscow State University Bogdan Bezpalko told RIA Novosti.