‘No need to shoot’: Israel reveals Russian warplane ‘crossed’ into its control zone from Syria 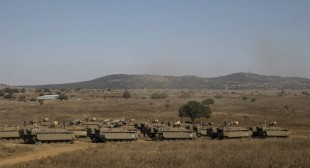 A Russian warplane recently entered Israeli-controlled airspace from Syria, Israeli Defense Minister Moshe Yaalon told local media. The brief intrusion was resolved quietly, with Yaalon noting “we must not automatically react and shoot them down when an error occurs.”

“There was a slight intrusion a mile (1.6 kilometers) deep by a Russian plane from Syria into our airspace, but it was immediately resolved and the Russian plane returned towards Syria,” Yaalon told Army Radio.