No Attack on Iran, Yet 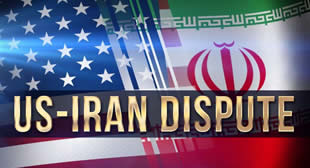 American elites have long had it in for the Islamic Republic. They have many reasons, but high on the list is a point of honor: years after it happened, they still want payback for “the hostage crisis,” the government supported humiliation that revolutionary Iranian students inflicted upon the American Empire in the final 444 days of the Carter administration. Nearly everything disappears down the memory hole in “the United States of Amnesia” – except affronts to American authority, which are never forgotten.