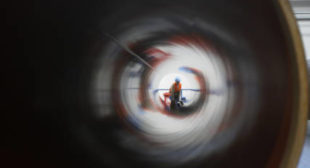 The majority of Germans support Nord Stream 2, a poll revealed Monday. It also showed that most dismissed Donald Trump’s negative comments on the pipeline as a tactic to promote US liquefied gas in Europe. Two thirds of respondents support the Nord Stream 2 Baltic Sea pipeline because it would help provide Germany with a more reliable supply of natural gas, according to the the Forsa poll, which surveyed 1,004 Germans. Nord Stream 2 is a project to expand the existing Nord Stream main gas pipeline linking Russia and Germany along the bottom of the Baltic Sea.