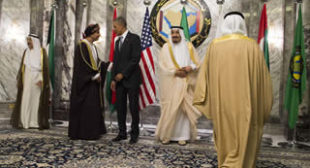 For 41 years the amount of Saudi Arabia’s holdings in US Treasuries remained shrouded in secrecy. What was behind the mysterious deal

It seemed all was lost in 1974: following the Yom Kippur War (Arab-Israeli War) of 1973, the members of the Organization of Arab Petroleum Exporting Countries proclaimed an oil embargo in response to Washington’s aid to Israel which led to the “first oil shock.”