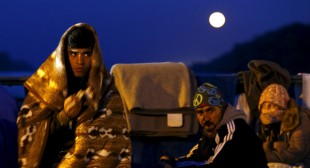 Germany now is somewhere at the edge of anarchy and sliding towards civil war, or to become a banana republic without any government, says Hansjoerg Mueller of the Alternative for Germany party.

Bavarian official Peter Dreier called German Chancellor Angela Merkel to tell her personally that if Germany welcomes a million refugees, his town of Landshut will only take in around 1,800.