Letting Saudi Arabia Off the 9/11 Hook 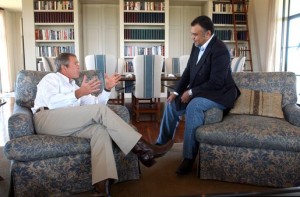 The 9/11 attacks opened a bloody chapter of American history, “justifying” U.S. attacks on multiple countries but not on the one most connected to the terrorism, U.S. “ally,” Saudi Arabia. Why is that, asks Lawrence Davidson.

On Nov. 27, 2002, a bipartisan commission was established by Congress to investigate the Sept. 11, 2001 attacks on the World Trade Center and Pentagon.