Lavrov: ‘Сold Snap in Europe is Also Being Blamed on Russia’s Actions’ 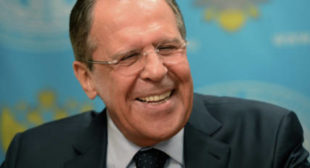 The Russophobic hysteria that gripped the West during recent years appears to be veering into the irrational, as even destructive weather phenomena are being blamed on the Kremlin’s machinations, according to the Russian foreign minister. Speaking at a press conference held during his visit to the African nation of Namibia, Russian Foreign Minister Sergei Lavrov said that recently certain countries appear to be willing to use virtually any pretext to ratchet up the pressure on Russia, even the weather itself.