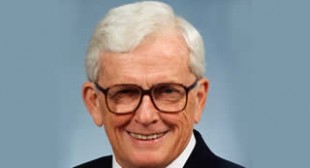 The Jacksonville Journal-Courier in Illinois reports today: “President Barack Obama’s plans to expand the U.S. military role against Islamic extremist groups could overstep his authority, according to a longtime Jacksonville congressman who helped write the law that keeps the president’s power in check.