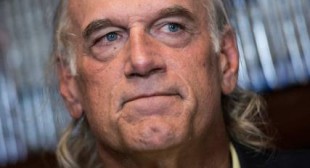 Ventura, a 62-year-old professional wrestler-turned-politician, says his new Ora TV program ‘Off the Grid’ is being filmed in secret somewhere in Mexico where the all-seeing eye of American unmanned aerial vehicles, or drones, don’t have a chance of finding him.