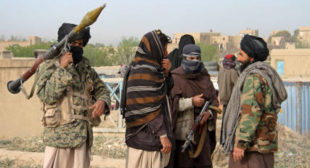 Having been engaged in fierce battles against each other for over a year in Afghanistan, Islamic State and Taliban militants have agreed a truce to counter US-backed forces in the region, military officials told American media.

Afghan government forces have been using the rivalry between Islamic State (IS, formerly ISIS/ISIL) and the Taliban to push the latter’s forces back from the territories under their control.