Is There a US-Russia Grand Bargain in Syria? 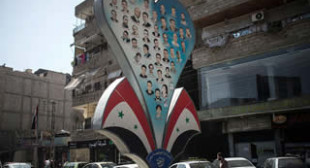 It’s spy thriller stuff; no one is talking. But there are indications Russia would not announce a partial withdrawal from Syria right before the Geneva negotiations ramp up unless a grand bargain with Washington had been struck.

Some sort of bargain is in play, of which we still don’t know the details; that’s what the CIA itself is basically saying through their multiple US Think Tankland mouthpieces.