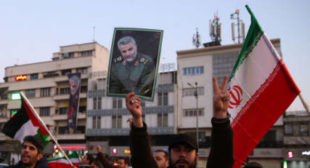 The December 27 rocket attack on the K-1 Air Base in Kirkuk, northern Iraq, which killed a US civilian contractor and injured four US servicemen and two Iraqi security officers, led to a dangerous escalation of tensions between the US and Iran. Iraq’s military and intelligence community believe Daesh (ISIS),* not Iran-affiliated Iraqi Shia Muslim militia group Khaitab Hezbollah, was responsible for the December 27, 2019 rocket attack on an Iraqi base which ultimately led the US to assassinate Revolutionary Guard Quds Force Commander Qasem Soleimani, the New York Times has reported, citing Iraqi military and intelligence sources.