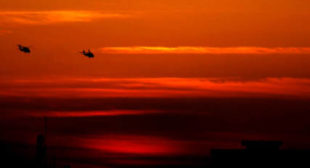 Major General Qassem Soleimani, senior commander of the Iranian Revolutionary Guards’ Quds Force, has provided the country’s Foreign Ministry with documents proving US collaboration with Daesh beyond a shadow of a doubt, Iranian media has reported. Hossein Amir-Abdollahian, special advisor on international affairs to Iran’s speaker of parliament, said he had a meeting with Soleimani and received the evidence while he was working at the foreign ministry.