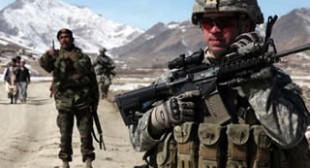 Terrorism is increasing worldwide because of the US-led Western interventionism, former Republican congressman Ron Paul said, adding that US warhawks are using events such as the killings in Paris to terrify Americans into agreeing to more occupation, more bombing.

The United States has dragged itself into a vicious circle of interventionism, according to former US Republican congressman Dr. Ron Paul; he points to the fact that US hawks are using the perpetual threat of terror to justify more occupation, more bombing and more surveillance at home in the eyes of their compatriots.