If Trump continues pushing Europeans, it would bring an end to NATO – Wimmer 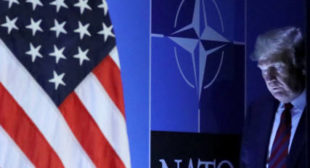 Donald Trump’s policy of pressuring European countries on issues like defense spending, Russia cooperation or trade will ultimately end NATO, Willy Wimmer, Germany’s former State Secretary for Defense, told RT. Commenting on the outcome of this week’s NATO summit in Brussels, during which the US president criticized European members of the alliance of spending too little on defense and berated Germany for buying natural gas from Russia, Wimmer said Trump was going too far.