If Russia is behind MH17 crash, where’s the evidence? – Defense Ministry 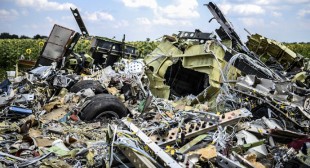 Russia has so far been the only nation to release evidence related to the MH17 crash, the Defense Ministry said, urging other countries to follow suit. Though there have been a lot of claims of Russia’s involvement, none have been backed by proof.

The US claims its intelligence data and satellite imagery confirm that the missile which downed MH17 was fired from rebel-controlled territory. So far it’s only a claim that has to be supplemented by proof, Russia’s Deputy Defense Minister Anatoly Antonov said in an emotional address released on Thursday.