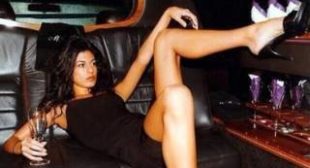 Prior to that, Abedin served as the deputy chief of staff to U.S. Secretary of State Hillary Clinton from 2009 to 2013.

Abedin was the traveling chief of staff and served as assistant for Clinton during Clinton’s campaign for the Democratic nomination in the 2008 presidential election. She is married to Anthony Weiner, a former U.S. Representative from New York, while legally separated from him following revelations of Weiner’s sexting scandals.

In a letter dated June 13, 2012, to the State Department Inspector General, five Republican members of Congress—Michele Bachmann of Minnesota, Trent Franks of Arizona, Louie Gohmert of Texas, Thomas J. Rooney of Florida, and Lynn Westmoreland of Georgia—claimed that Abedin “has three family members – her late father, her mother and her brother – connected to Muslim Brotherhood operatives and/or organizations.”

The claims in the letter were generally rejected and were labeled by some as conspiracy theories. The Washington Post editorial board called the allegations “paranoid,” a “baseless attack,” and a “smear.”[25] The letter was also criticized by, among others, House Minority Leader Nancy Pelosi and Representative Keith Ellison, Democrat of Minnesota, the first Muslim member of Congress, who called the allegation “reprehensible.”

Senator John McCain, Republican of Arizona, also rejected the allegations, saying: “The letter and the report offer not one instance of an action, a decision or a public position that Huma has taken while at the State Department that would lend credence to the charge that she is promoting anti-American activities within our government….