How the US Runs the EU 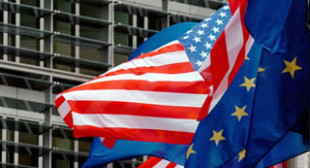 As the British gear up for a referendum to decide whether or not to remain in the EU, the most important fact about the EU is never mentioned.

This is the overwhelming influence the US exerts on it. Britain’s politicians and media completely ignore this, focusing instead on Germany. Wild claims are even made the EU is a “German empire”