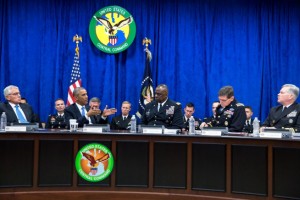 The political imperative to “do something” against the brutal Islamic State has brought President Obama and congressional majorities together on a plan for a limited U.S. military response, but this strategy could actually make matters worse, says the Independent Institute’s Ivan Eland.

Although President Obama insists that no American military “boots on the ground” will be used to degrade and defeat the radical Islamist group Islamic State (IS) — which is well funded and has captured much heavy military equipment from the Syrian military and U.S. trained and equipped Iraqi army and Kurdish peshmerga militias — that will make his objective much harder to obtain.