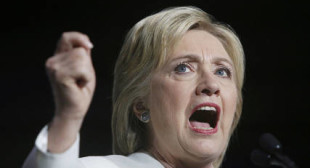 The history of Clinton as Secretary of State really needs to be considered in discussing the implications of her ride towards the Democratic nomination and potentially the White House, says investigative journalist and historian Gareth Porter.

The role that Hillary Clinton played as Secretary of State in the 2011 military intervention in Libya is getting new attention as dozens of officials from the US, Europe and Libya give their thoughts in interviews with The New York Times.