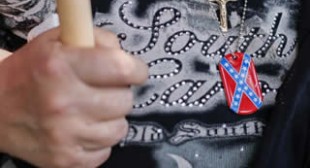 Anonymous, a loose and decentralized coalition of hackers, plans to release the identities of at least 1,000 people it says are members of the Ku Klux Klan on Thursday, organizers said.

OperationKKK, or #OpKKK as it is being called on Twitter, began one year ago when members of the KKK — a white supremacist hate group founded in 1865 — said it would use deadly force against protesters during demonstrations that followed the August 2014 police killing of unarmed black teenager Michael Brown in Ferguson, Missouri, an organizer identified on Twitter as @Anon6k told Al Jazeera by Twitter message.