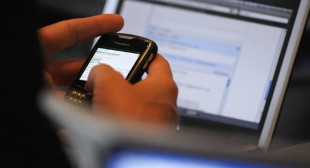 Journalists and dissidents are under the microscope of intelligence agencies, Wikileaks revealed in its fourth SpyFiles series. A German software company that produces computer intrusion systems has supplied many secret agencies worldwide.

The weaponized surveillance malware, popular among intelligence agencies for spying on “journalists, activists and political dissidents,” is produced by FinFisher, a German company.