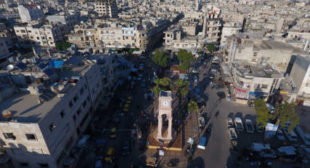 In keeping with an agreement reached by Russia and Turkey to resolve the situation in Syria’s Idlib, jihadist groups have until October 10 to withdraw their heavy weapons from the demilitarized zone in the province. In an interview with Sputnik, a Syrian Army representative said that groups such as Hayati al-Sham, largely made up of al-Nusra, Huras ad-Din and the National Liberation Front militants, including 16 Free Syrian Army groups, controlled by Turkey, had pulled their heavy weapons out of the southern, southwestern and eastern parts of the province.