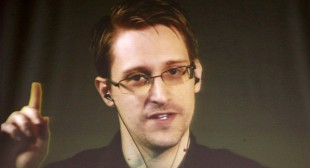 The majority of European Parliament members have voted in favor of asking constituent states to grant protection to whistleblower and former NSA contractor Edward Snowden, who has described the move as a ‘game-changer’ and a ‘chance to move forward’.

MEPs have urged EU member states to “drop any criminal charges against Edward Snowden, grant him protection and consequently prevent extradition or rendition by third parties,