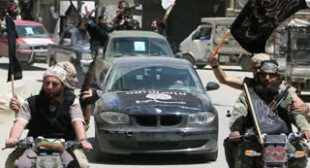 A part of the Free Syrian Army (FSA) will not participate in the ceasefire deal unless al-Nusra Front is involved, a commander of Ahrar ash-Sham militants said Tuesday.

On Monday, Russia and the United States announced an agreement on cessation of hostilities between the Syrian government of President Bashar Assad and the armed opposition factions had been reached. The agreement will come into force on February 27.