Finkelstein: Where’s the Solidarity for Gaza? 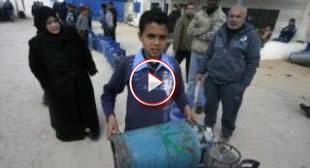 Norman Finkelstein says that while Palestinian protesters in Gaza have bravely resisted their ghettoization under merciless Israeli fire.

At least 43 Palestinians have been killed and 2,200 wounded by Israeli troops, Palestinian officials say, on the deadliest day of violence since the 2014 Gaza war. The violence came as the US opened its embassy in Jerusalem, a move that has infuriated Palestinians.

They see it as clear US backing for Israeli rule over the whole city, whose eastern part Palestinians lay claim to. But US President Donald Trump hailed the move in a video message. He told the dedication ceremony that it had been a “long time coming”, adding: “Israel is a sovereign nation with the right to determine its own capital but for many years we failed to acknowledge the obvious.”