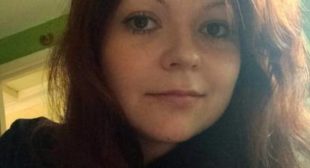 Relatives of the Skripals are worried that Sergei and Yulia are being held in Britain against their will, and the daughter is not allowed to express her real feelings even in a telephone conversation with her cousin. The former intelligence agent’s cousin, 65-year-old Natalia Pestova, who lives in Siberia, has spoken out amid reports that the father and daughter could be granted political asylum and even new identities, possibly in the United States.