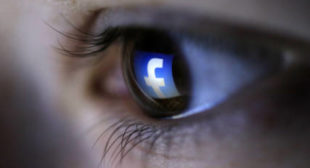 Facebook’s misuse of their users’ biometric information could potentially amount to billions of dollars in damages after a federal judge greenlighted an Illinois class action suit against the firm’s facial recognition feature. Facebook violated an Illinois state law by improperly using their photo-scanning and facial recognition technologies and storing biometric data without their users’ consent, a federal judge in California ruled on Monday, after reviewing a 2015 claim made against Facebook by three Illinois plaintiffs.