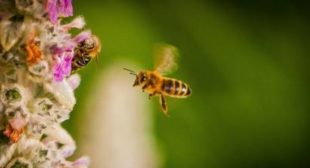 Despite the abundance of scientific studies documenting the rapid and dangerous decline of pollinator populations, state and federal lawmakers have yet to pass any meaningful protections for bees.The reason, according to the findings of a new investigation, is that pesticide giants such as Bayer, Monsanto, and Syngenta have deployed an aggressive lobbying campaign to dilute and suppress attempts to regulate their multi-billion dollar industry—with great success.