EU: No guarantees for Russia if Ukraine fails to settle gas debt 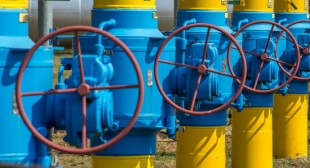 The EU won’t provide any new funds for Ukraine to pay off its gas debt to Russia, and Moscow has no guarantees should Kiev use agreed funding elsewhere, said the EU Energy Commissioner’s spokeswoman Marlene Holzner.

The European Commission is allocating €760 million ($954 million) of financial aid to Ukraine earlier than scheduled to help it pay for gas deliveries, said Mrs. Holzner on Friday, adding some light on the agreements reached in Brussels, TASS informs.