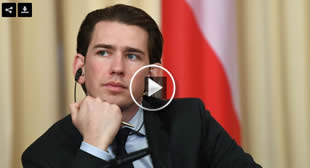 The European Union should maintain a “strong” and “independent” approach in foreign and domestic policy, regardless of who the current US President is, Austrian Foreign Minister Sebastian Kurz told RT.

The official spoke following a meeting with his Russian counterpart, Sergey Lavrov, in which they discussed ties between the EU and Moscow.