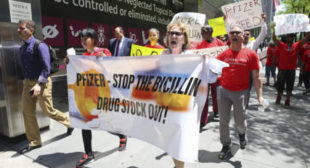 A group of some of the largest hospital chains in the US has had it with Big Pharma price gouging, announcing their intention to form their own nonprofit drug manufacturing company.  A coalition of several of America’s largest hospital systems have announced that they will collaborate on the creation of a not-for-profit organization to manufacture and distribute an as-yet-unnamed list of generic drugs at what has been described as a reasonable price point, according to Gizmodo.