Either Europe changes the rules, or we lose the EU – Norbert Hofer 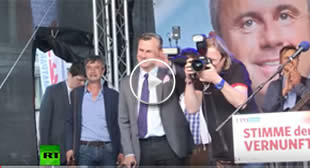 Although Austria’s right-wing presidential candidate was defeated in a close election, his success has sent ripples of panic across the EU. As anti-establishment politicians gain momentum across the bloc, many predict a political storm gathering in Europe.

With the victory of Donald Trump in America’s presidential election emboldening right-wing politicians, will we see a new mainstream take over the European Union? We ask the Freedom Party’s presidential candidate in Austria’s 2016 election and the third president of the National Council – Norbert Hofer.