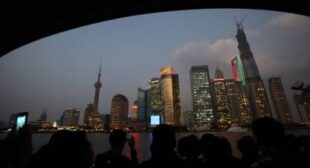 The World Bank recently said the end of U.S. economic hegemony was coming before 2015 arrives. But we’ve heard this story before. Don’t believe the hype about China. Last time I looked (yesterday), the U.S. economy in 2013 was three times larger than the Chinese (in real 2005 dollars, according to the magnificent historical data set of the U.S. Department of Agriculture’s Economic Research Service). Did the Chinese economy triple in the last four months?