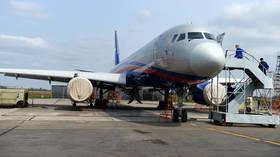 By announcing its intent to withdraw from the Open Skies Treaty, the Trump administration continues its war on legacy arms control agreements, endangering international security. The Trump administration has formally announced its intention to withdraw from the 2002 Open Skies Treaty (OST), a critical multilateral agreement involving 35 states which allows specially equipped reconnaissance aircraft to overfly the territories of member states, and in doing so contribute to the kind of transparency necessary to minimize the possibility of conflict by keeping all members appraised of military activities in regions of interest.