“Crimes and Impunity”: Amnesty slams US failure to act on torture report 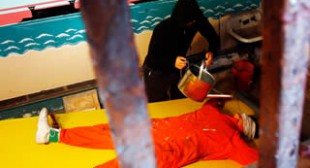 Amnesty International has accused Washington of “sweeping under the carpet” a December Senate report that the CIA tortured militants using the so-called “enhanced interrogation techniques” during the post 9/11 War on Terror.

Naureen Shah, a researcher for Amnesty, accused the Obama administration of ignoring the painstaking five year investigation, which culminated in the Senate Report.