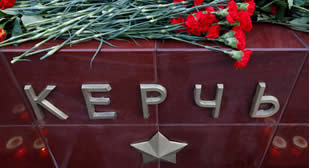 Crimea’s largest bank will write off loans taken out by the families of the victims who died in the bloodiest school shooting in Russia’s history last week in the city of Kerch.

“Russian National Commercial Bank is ready to write off all the unpaid loans to families of those who died in a polytechnic college in Kerch if the relatives apply for the procedure,” the lender, which operates mostly in Crimea, announced.