Clinton Promises ‘Absolutely, Absolutely’ Nothing to Worry About in Wall Street Speeches 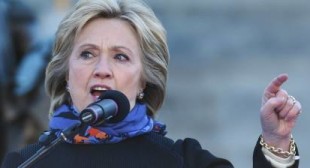 From the New York Times editorial board to a Republican-friendly super PAC, it appears unease is widespread over Hillary Clinton’s continued refusal to release transcripts of recent paid speeches she gave to some of Wall Street’s most powerful firms.

In a sharply-worded editorial in Friday’s print edition, the Times described Clinton’s excuses for not releasing the transcripts as those of a “mischievous child,