Clinton Pressed NSA to Modify Unsecure Devices for Government Use 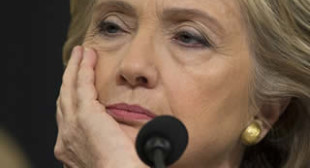 Communications between the US National Security Agency (NSA) and then-Secretary of State Hillary Clinton show she repeatedly tried to obtain unsecure devices for use in government business, according to emails released by the US Department of State.

Despite prior security concerns and cost, the NSA tried to modify Blackberry mobile phones to comply with Clinton’s repeated demands for the devices, according to a February 20, 2009 State Department email released on Thursday.