Clinton and Sanders Agree on Trump Threat, But Neither Ready to Endorse Other’s Vision 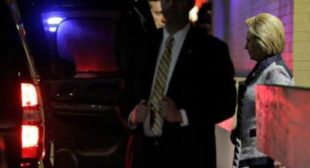 Though Bernie Sanders and Hillary Clinton emerged from a ninety-minute meeting on Tuesday night reaffirming their shared commitment to defeat Donald Trump in the fall, the senator continued to withhold his endorsement of Clinton while the former secretary of state remained mum on Sanders’ repeated calls for a progressive transformation of the Democratic Party’s agenda and the primary process.The meeting came as Clinton claimed victory in the Washington, D.C. primary, the final contest of the 2016 Democratic primary season.