Clinton: A “Progressive” Who Gets What Done? 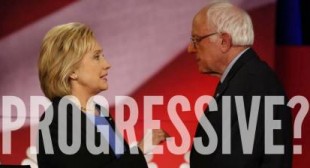 Cohen is director of the Park Center for Independent Media at Ithaca College, founder of media watch group FAIR and co-founder of the online activism organization RootsAction.org, which just released the statement “Thousands Ask Clinton to ‘Stop Lying’ About Iraq Vote.”