Censorship Around the World Still at High Levels 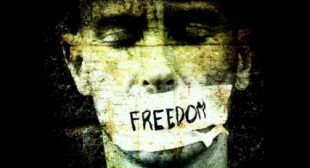 Most people believe that we are living in a more enlightened age of increasing press freedom, but the latest censorship reports tell a different story.

Censorship is still a big issue around the world. Censorship remains at high levels in many countries, despite the fact that we tend to think we live in a world without that much of it (at least in the so-called “enlightened and developed West”).