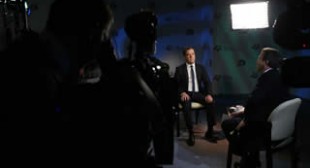 The Russian PM has suggested that Obama’s charges against Russia were caused by a “brain aberration” and added that such rhetoric saddened him.

“I am very upset by the fact that President Obama, while speaking from the United Nations’ podium and listing the threats and challenges humanity is currently facing, put Ebola in first place, the Russian Federation second and the Islamic State organization was only in the third place.